You Are Here:Home / Relationships / One Simple Step to Improve Your Marriage
Relationships

One Simple Step to Improve Your Marriage

What’s the difference between a marriage and relationship? The way I’m using the two words may be different than the way you look at it. As a therapist, I often have couples come in to fix something that’s not working. They complain about what the other does or doesn’t do or one doesn’t like how the other acts or talks.

I wonder, and sometimes directly ask, what attracted them to their partner in the first place. Those qualities they were attracted to are usually not what’s keeping them in the relationship right now. Their reason for coming to couples therapy is to preserve the marriage. And by marriage, I mean the arrangement. “The marriage” includes the appearance to others, maintaining the house, the living arrangement with the children, and the security that goes along with the arrangement of marriage.

One of the interns I supervise recently asked me about a couple she’s working with. She said he gets so annoyed with his wife for complaining all the time. The wife is upset with the husband because of whatever thing annoys her that day. My intern asked how she should approach this couple, and I simply suggested that they look at why they were attracted to each other in the first place and work on those bonds and how they can serve each other. They need to pay closer attention to their relationship than they do to their marriage.

It’s a choice to care for someone because caring is action. And then the marriage falls into place when the relationship becomes healthy.

Take a look at yourself. Maybe you could give more attention to your relationship–that would directly address how you feel about your marriage.

Tell us how to contact you and we'll let you know more about improving your marriage! 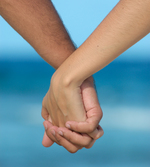 Success! Now check your email to confirm that you want information about the upcoming workshop on communication in marriage.